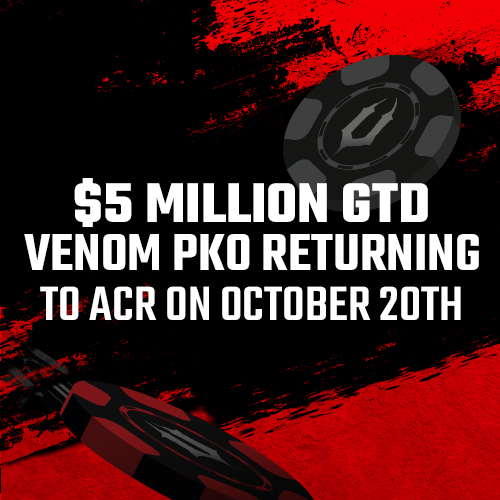 You can win your $2,650 seat for just a fraction of this through Skips and Venom Blitz Satellites.  Americas Cardroom are also running Freerolls and Steps starting at $0. Plus, don’t forget about our Venom Fever satellites, which will award over 1,000 ACR Venom PKO seats.

With a massive prize pool, huge bounties and plenty of intensity to go around, the Venom PKO is a must for all serious poker tournament players. Rakeback Bible wishes all players the best of luck in this epic tournament!